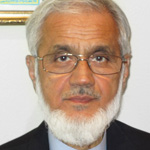 Born in India, 1943, Dr. Muhammad Siddiqi took a burgeoning quest for spiritual knowledge into the realm of theological studies. After graduating from Nadwatul Ulama, Lucknow, with the degree of ‘Alim, he furthered his education at the Islamic University of Madina. Siddiqi later attended Birmingham University, where he earned an M.A. in Theological Studies. His Ph.D. in Comparative Religion from Harvard soon followed.

Later, Dr. Muhammad Siddiqi aligned with noteworthy organizations and groups that would assist his chosen career. These included the ISNA, as well as the Academy of Judaic, Christian and Islamic Studies at UCLA, where he took on the mantle of President. Siddiqi adopted the role of Chairman of the Islamic Shura Council of Southern California, and became a member of the Supreme Council of Mosques in Makkah. He also dedicated his considerable talents and fortitude to the External Examiner of Departments of Islamic Studies at the University of Karachi, Punjab University and the Lahore and International Islamic University of Islamabad, Pakistan.

Dr. Siddiqi is currently a well respected Imam and Religious Director of the Islamic Society of Orange County/Garden Grove, California, where he was instated  in1981. He became the Chairman of the Fiqh Council of North America (FCNA) in 2004 where he is still officiates. Now a Board Member of North American Islamic Trust (NAIT) Dr. Muhammad Siddiqi offers his knowledge and expertise as an Adjunct Professor of Islamic Studies at Chapman University, Orange, California.