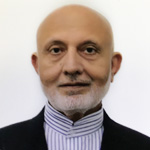 Mujeeb R. Cheema is a well-respected community leader who has invested years of time, talent and ingenuity in the field of energy and geology. Graduating with B. Sc. Honors and an M.S. In Geology from the University of Punjab, Lahore in Pakistan, he went on to forge a career that would greatly impact the global gas and power industry. Currently residing in Tulsa, Oklahoma, where he has lived since 1980s, Mujeeb R. Cheema can proudly boast 30 years of involvement in community and humanitarian efforts within the nonprofit sector, namely NAIT, ISNA, CAIR, OCCJ (Oklahoma), Islamic Society of Tulsa, among many others.

Always at the forefront of numerous for profit energy explorations, Cheema’s work profile includes but is not limited to Uch Power Limited (UPL), which was conceived in 1989 with Hawkins Companies. He was the Chief Executive Officer of Uch from 1995-96, as well as the Director of UPL from 1994 through 2013. Established in 1989, the aforementioned Hawkins Companies in Tulsa, Oklahoma were established in 1989-2003. There, Mujeeb Cheema directed Hawkins International’s overseas energy development, primarily in Pakistan and China. Later, as the President International of, Inc. He owed his success to his earlier involvement with Hawkins Oil & Gas, and Hawkins International where he held various positions, including District Geologist, Vice President of Exploration and President International. Cheema also supervised and generated drilling prospects that provided management and geological direction to Hawkins’ drilling for over 500 oil and gas wells in the Mid-Continent, USA. Cities Service Company from 1977 to 1980. Prior to that, he was the Senior Geologist of Oklahoma City and was part of the Geological Survey of Pakistan from 1969 to 1974 as the Assistant Director of Geology).

Belonging to several noteworthy humanitarian and not for profit organizations. Mujeeb can lay claim to numerous titles and positions of esteem. Among the many is his stint as a member of the National Council for Community Justice (NCCJ) in the Tulsa regions, where he was a Tulsa board member for 1990-2004. The group fights fighting bias, bigotry, and racism in America. He also joined the Oklahoma Council for Community & Justice (OCCJ): Director Emeritus since its transformation from the Tulsa Region’s NCCJ (had been the latter’s Board Member since 1990). CJ is a human relations organization, fighting bias, bigotry, and racism in America; OCCJ promotes understanding and respect among all races, religions, and cultures through advocacy, conflict resolution, and education. Last but not least is his work with the Islamic Society of Tulsa (IST), Oklahoma where Mujeeb served as a Chairman twelve years from its inception in 1988 to 2003. In 2016 he rejoined the IST Majlis Al-Shura and is currently there now. 2020. Mujeeb R Cheema has a loving and large family which includes his wife, three daughters, one son, three son-in-laws, one daughter-in-law, and eight grandsons and two granddaughters.